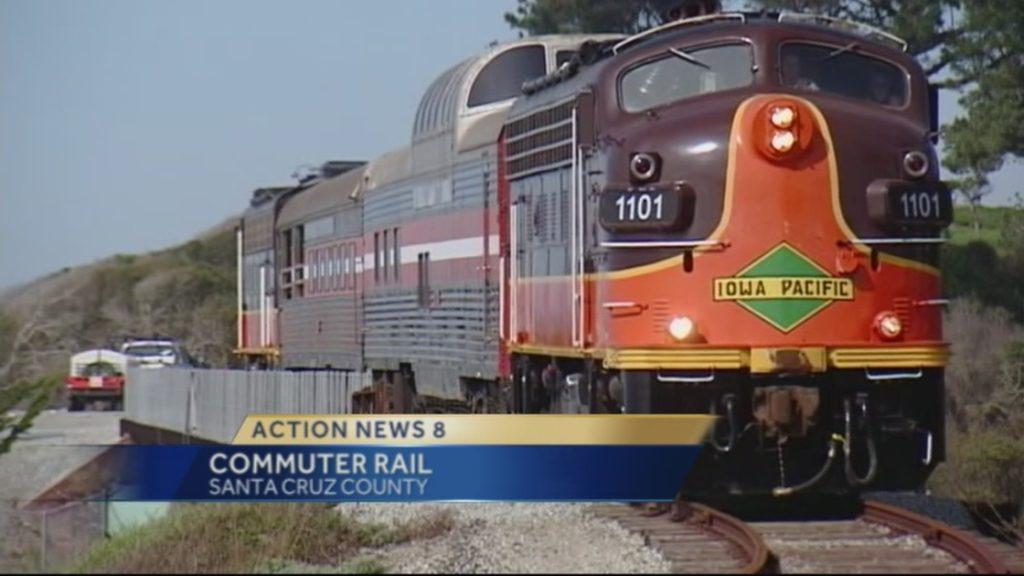 Over the course of the past month the discussion over potential passenger rail service in Santa Cruz has reached a head, with multiple individuals representing local stakeholder groups weighing in publicly over a series of Op-ed pieces. The debate centers around the recently released feasibility study, published by the Santa Cruz County Regional Transportation Commission (SCCRTC), and whether or not such service can ever be economically competitive with other modes of transit. No one denies that greater transportation options are needed, but rather at what cost.

The first Op-ed, written by Bud Colligan, CEO of South Swell Ventures (a Business Council member), and Miles Reiter, chairman of Driscoll’s, outlines an alternative plan for a multi-modal trail while making the case against passenger rail service. You can read the full Op-ed here, but the crux of the argument comes down to the belief that Santa Cruz would be better served with just a trail for biking and pedestrians because of the extremely high up front costs of developing passenger rail service, and the uncertainty surrounding continual funding. The piece further looks into projected ridership for passenger rail service and, whether correct in its comparison or not, compares this with the participant data of County’s bike to work day, advocating that bike ridership would spike should the trail be developed without of the train.

In response, Amelia Conlen, director of Bike Santa Cruz County (formerly PeoplePower), wrote her own Op-ed warning that removing the train tracks would only further delay development of the trail. She cites the lengthy track removal process, a strained relationship with the California Transportation Commission, and an overly bureaucratic approval process from the federal government as potential barriers to building out the trail that could takes many years to resolve. Given these barriers, and the fact over 25 percent of the trail has already been funded (not the train), she expresses concern that any delays could rob the process of its momentum. Furthermore, in the interest of access, she states that one-third of Santa Cruz County residents don’t drive (a rather dubious statistic) and are therefore dependent on a variety of transit options, and that these residents would benefit greatly from passenger rail service.

Regardless of where you stand on the trail versus train debate, the Business Council will continue to study this issue and work with all of the stakeholder groups involved to promote any and all options that we believe will enhance our regional economic vitality. Stay tuned!