Last week the City of Watsonville held a study session to review potential options for their inclusionary zoning ordinance. Now we’ve covered inclusionary zoning (IZ) extensively in other blog posts, but essentially IZ is when a jurisdiction requires a certain percentage of new housing to be deed restricted to only be available to those earning certain incomes. This can now be applied to both ownership housing and rental housing, and income restrictions are calculated based upon what percentage of Area Median Income (AMI) residents make.

The standard for most jurisdictions in Santa Cruz County has been 15 percent of new ownership housing being set aside to those earning “moderate” incomes (80-120% of AMI). However, this has changed in multiple ways over the past 5 years in particular, as the full weight of California’s housing supply shortfall comes to bear, and as more academic research has come out detailing the pitfalls of inflexible IZ policies generally.

Most recently the two major shifts in IZ policies have come from the City of Santa Cruz and the County, in the form of applying IZ to new rental housing, albeit not at the same rate as ownership; and in terms of allowing for developers to pay in-lieu fees rather than building deed restricted units on site when these funds could be spent to develop affordable housing more efficiently elsewhere. Without delving too deep into these nuances, the reason why the County chose to not adopt an IZ policy for rental housing–and why the City chose to adopt a lower rate of IZ–is that through their own economic analysis they found that rental housing was already extremely hard, if not impossible, to build even at market rate. Despite good intentions, if an IZ policy proves to be too costly for developers given what local zoning allows they simply won’t make the investment and no new housing would get built. Said another way, if 15 percent of new rental housing is required to be affordable the developer will have to make up that loss elsewhere, and if they cannot, the City/County would get 15 percent of nothing— which is nothing.

Despite good intentions, if an IZ policy proves to be too costly for developers given what local zoning allows they simply won’t make the investment and no new housing would get built.

Quickly, on the in-lieu fee front — the two main reasons why some jurisdictions elect to allow for the payment of in-lieu fees versus building the IZ units on site are that:

2. Local jurisdictions are in desperate need for funds for affordable housing, especially in wake of losing redevelopment funds back in 2010.

When talking about building larger for sale homes, like the 5,000 square foot mansion mentioned above, setting aside 1 out of every 7 of these bad boys would prove to be a catastrophic waste of a subsidy because that house would likely sell for at minimum $2 million on the open market, but would have to be sold under IZ for maybe $500,000. Meaning that $1.5 million loss would have to be made up somewhere else, and that’s value that could have been more efficiently distributed amongst many more households than just one very very lucky household who would essentially wind up winning the housing lottery at the expense of everyone else who has to shoulder that cost.

Now back to Watsonville, where all of these decisions and nuances are being considered in the face of new economic analysis. According to the City’s own nexus study, the inflexible IZ policies of the past are proving to be a barrier for additional development on certain unit types. Specifically, multi-family higher density projects (which also carry more financial risk inherently) are not being built in accordance with what the market could support. Thus the city could benefit from either reducing the rate of IZ for these unit types, or by allowing for an in-lieu fee instead. 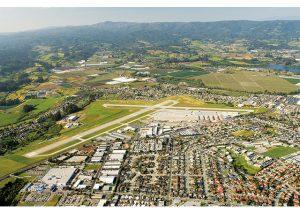 The worst thing the City could do would be to continue to impose a restriction that prevents an adequate number of these unit types from being built, which would force the ever growing population into fewer and fewer available units, making it more expensive for everybody as the competition for limited supply increases. The City could also make use of an enhanced density bonus program, which we have also covered extensively here, that could help developers offset the loss they would take on building more on site units. All of these options are being considered by the City, but it remains unclear on which path they will ultimately decide on.

The other major finding from the City’s own analysis is that single family homes can still support their 15 percent requirement and be built with enough return on investment to warrant additional construction. That means that while the nuances of IZ are still not fully fleshed out for other unit types, this policy does not need significant alternation in order for more of these units to be built. Unfortunately for both Watsonville, and everywhere else in the County, this isn’t news to anyone, as single family homes are all that we have been building for decades. It’s figuring out how we get more multi-family and rental housing while still making sure affordability is part of the discussion that remains the challenge.

You can view the City’s whole presentation below.